As the old story goes, when you visit a place, you go to all the sights, but if you live there, you never get around to seeing them. I decided to play the tourist and see Vermillion Falls in Hastings, which I'd never done despite living about 10 to 15 minutes away most of my life. (And yes, it's spelled with two "l"s here.)

Vermillion Falls is a waterfall on the Vermillion River, a tributary to the Mississippi. The falls and downstream gorge are actually not unlike a miniature version of the Mississippi gorge from Fort Snelling up to St. Anthony Falls. Aside from scale, the major difference is the steeper walls. Unlike the Mississippi, which has only had to contend with about 15 to 30 feet (5 to 10 m) of Platteville Formation before getting to the soft underbelly of Glenwood and St. Peter, the Vermillion has the task of cutting through something like 100 to 150 feet (30 to 45 m) of genuine Prairie du Chien Group, which hasn't eroded peaceably for anyone in 475 million years and isn't about to start now. The walls of the gorge have been weathered to a crisp.

Hastings escaped the attention of the most recent glaciation, so the Vermillion River has had longer to work on its gorge than the Mississippi has in Minneapolis–St. Paul above Dayton's Bluff. Instead, the current incarnation of the Vermillion River postdates the preceding glaciation, the Illinoian, which would make Vermillion Falls's origin about an order of magnitude older than St. Anthony Falls and the other Mississippi gorge falls (i.e., older than a hundred thousand years rather than ten thousand years). Before that, the Vermillion disappears into the hazy web of buried channels beneath the glacial drift. Hastings is surrounded by buried channels, including a massive example south of town cut down all the way into the Franconia (see Mossler 2006 for the layout). In fact, if some evil genius were to remove all of the loose post-bedrock sediment, most of metropolitan Hastings would become a roughly rectangular island. (Also of note: the Hastings Fault only clips the northwest corner of the city.)

Here we are, at the end of the alphabet. You might have noticed that every letter has had an entry except one: W. Wintonotitan sometimes ends up in Titanosauria, but it's not a consensus titanosaur. This means, of course, that those of us who are describing new titanosaurs should consider generic names starting with "W" (as well as adding a couple more to those letters represented by single names). We aren't at the end of the series, though; for one thing, there is still one rather significant genus and species that hasn't yet taken its turn in the spotlight...

Anyway, the four titanosaurs at the end of the alphabet include some of the most recently described genera and species, which isn't really surprising; it wasn't until the past couple of decades that genera beginning with letters after "T" became more than a novelty. Three of the four postdate 2016, leaving Xianshanosaurus as the relative oldster with a 2009 name. This means there isn't a lot of literature for them, so having four in one post seems reasonable. The four are also alike in that each name is a double geographic reference.

Nothing too heavy for the first post of 2021, just a few photos. These were taken twenty years ago, during field camp with the University of St. Thomas. We were doing mapping in the Rainbow Gardens area east of Las Vegas, in the figurative shadow of Frenchman Mountain. We started out January 7, 2001, and for several days had progressively worse weather until on the morning of the 12th, the forecast was the worst yet, so we drove over to Zion National Park for some geo-tourism. Predictably enough, it snowed at Zion while playing nice at our field area. Anyway, the weather turned for the better after that. 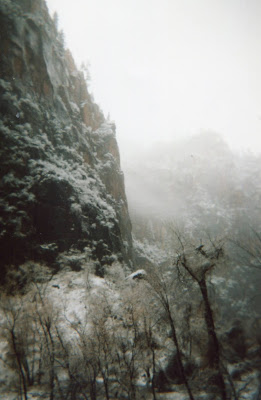 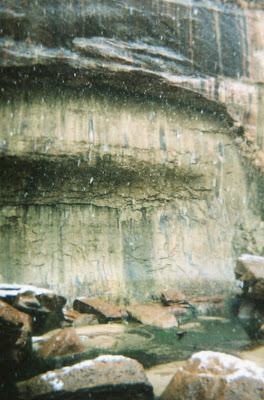 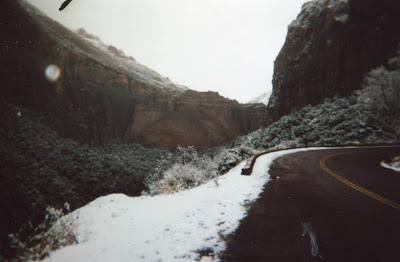